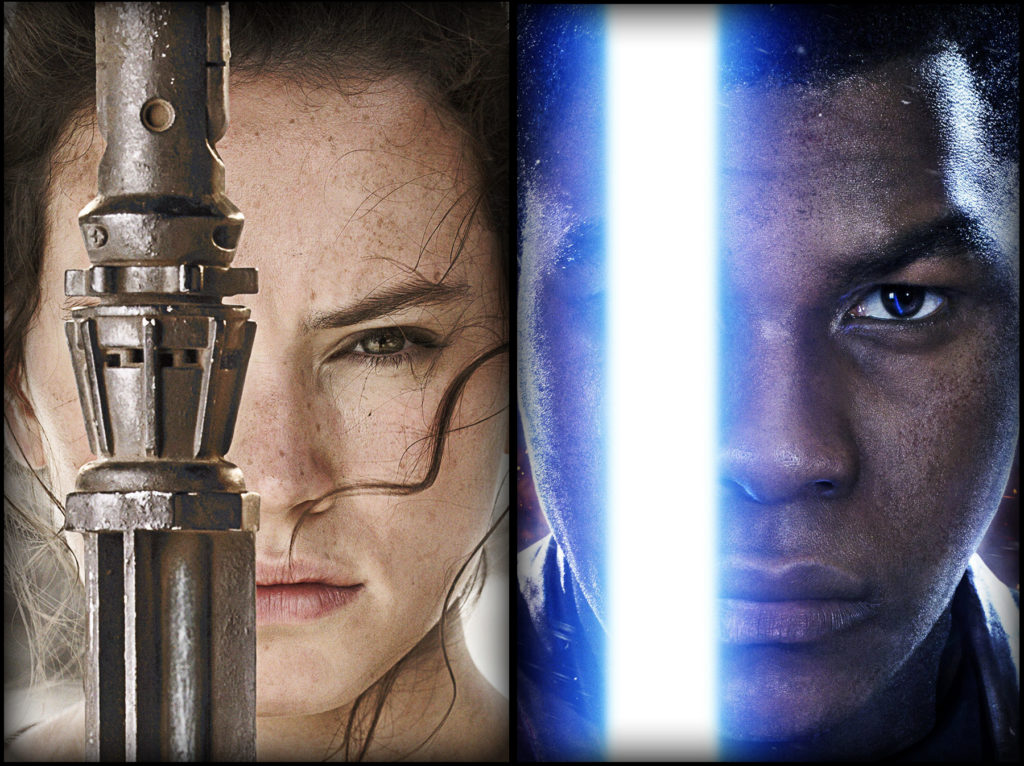 If anything Star Wars: The Force Awakens has taught us is we don’t know a fricken’ thing about Star Wars anymore. Disney has made all novels and comic books canon with only a few stories accepted as still part of the whole story. Han and Leia no longer have 3 children. Luke Skywalker is no longer married to a hot red head jedi named Mary Jade. Palpatine does not have clones whom he uses to keep coming back, and back, and back. We have no clue what to expect with the new storyline. Whatever Disney and JJ Abrams  have cooked up is kept more tight than a virgin on prom night. Fans only have their own conclusions and ideas as to what is going to happen, and the millions of possible spoilers on the web is making the fans go crazy!!

One thing we do know is the new Star Wars will act as a Skywalker third generational story. But how is the question.

01. Finn and Rey are half-siblings (Skywalker).

The latest possible spoiler is Fin and Rey are half-siblings. Which means that after Return of the Jedi Han and Leia hooked-up and had a baby girl who became Rey. Then Leia hooked up with Lando and had Finn. This caused Han and Leia to split up and never raise Rey together. The same thing with Lando. Finn and Rey never knew each other, but they being in the Skywalker blood line the force called out to both to bring them together. If this spoiler is true than this is going to be more juicy than the Rick-Lori-Shane love triangle story-line.

One reason this spoiler is so driving folks crazy is Abrams has said leaving the last names of these two characters out of the current promotional items is intentional.

Kylo Ren is the new big-bad. In the trailer Kylo is looking at the charred up mask of Darth Vader and says “I will fulfill our destiny, I will finish what you started”. We think he referring to the prophecy of the Chosen One. We also think he might be more than a Vader fan-boy and he is actually the grandson of Anakin Skywalker. We also think if Rey and Kylo were indeed Solo-Skywalker offspring then they may have been separated at birth to protect them from the dark side. Remember that after the jedi-purge the dark side was something any surviving Jedi was not going to underestimate. If hiding meant the survival of the light side than so be it. Yoda himself came up with the idea of splitting up the original Skywalker children and I don’t see why Luke would not advise to take the same precautions and have Han and Leia send their twins separately away for protection. It’s possible Kylo realized whom his blood lineage originated from way before Rey does, and he’s hell bent on proudly carrying on his version of the Skywalker mission – to bring balance to the force.

And another version of spoilers is Rey is the new main Skywalker and the offspring of Han Solo and Leia Organa. How cool would that be for the woman’s movement that a new Skywalker is a girl? And how hot is that for all the fan-boys who fantasize about being married into the Skywalker family without being gay. Let’s face it, we all know Anakin was all up in Padme’s stuff and Luke, well Luke only seemed to like his sister. Now straight fan-boys of the new generation could actually have a chance to score with a Skywalker if only they could get Rey’s cell digits because it seems she doesn’t ever check her facebook messenger. 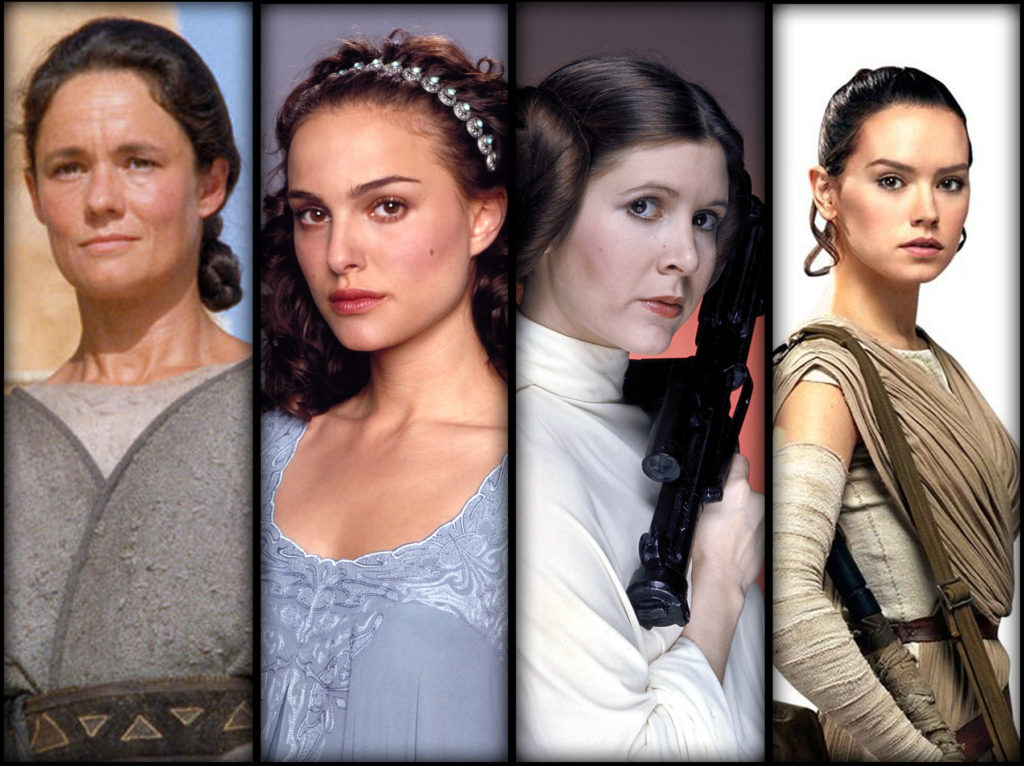 Let’s talk about the Mother Mary of the Star Wars universe: Shmi Skywalker. We all know that Padme is married into the Skywalker line and her blood is not pure Skywalker, but no doubt her characteristics and personality traits were passed onto her daughter Leia and like Padme, Leia was raised in privilege and as an adult took on Senatorial responsibilities. If Rey is a Skywalker then she takes after her Great-Grandmother Shmi. Both seem to have been raised on dessert planets. Both have never held any government positions. Both seem to possess modest traits. Both seem to live without knowledge of the force or what it is.  Padme knew of the force because she lived in the time of the Jedi, Leia knew of the force because her generation was raised in the time after the clone wars which ended in the Jedi Purge. She may not have met a Jedi, but she did deal with Vader whom may or may not have ever displayed his powers in front of her, however we’re sure she may have heard stories of what Vader was capable of. Shmi and Rey were not knowledgeable of the force.  Shmi never met a force sensitive until she met Qui-Gon Jinn and according to the new recent trailers Rey has no idea of what the force is either. She heard stories about the force, as her uncle Luke did, but never had to live her life dealing with it until now. We also think her grandfather Anakin is calling out to her hence why she gets possession of his lightsaber that Luke lost in Bespin. And like her Grandfather and Uncle she seems to hang out with droids.

The last spoiler is really the imagination of fan-boys that have lost their fricken minds. Yes, some believe BB8 is carrying the soul of Palpatine which actually got misplaced inside this cute little droid after the Emperor perished on the second Death Star. Basically Palpatine pulled a Charles Lee Ray, but he was accidentally put in a droid that a person can control with their smartphones. This rumor is really far out there. Sidious was Plagueis’s apprentice, however we are unsure if he possessed the knowledge of his master in that of creating life. Some people think Anakin Skywalker is the result of Plagueis’s force manipulation, but that information has never been revealed.

Yeah, we’re going to say this rumor is false.

Maybe Rey is force sensitive. Maybe Finn and Kylo are too. Maybe they are all Skywalkers. Maybe the light and dark side of the force is truly awakening. The universe cannot entirely be with one Jedi left (Luke). The force is larger than one single jedi or sith. Whatever is going to happen we know it’s going to be fricken cool.